Director Hari, who has worked with Suriya, released a statement and asked him to change his decision to release Soorarai Pottru on OTT platform.

Suriya starrer Soorarai Pottru will release directly online as cinema halls continue to remain shut. The Tamil star took to social media last week and announced about the same. However, a section of the audience was pretty disappointed by the actor’s decision to release the film only. Director Hari, who has worked with Suriya also penned a letter regarding the same and asked him to change his decision to release Soorarai Pottru on OTT platform. The Singam director also said that he would like to watch the film on the big screen on not online.

In his letter, he wrote, “Since we have worked together for several years, I would like to put forth my thoughts. As a fan, I would love to see your film in theatres and not on OTT. We have received overwhelming responses from fans for our films in theatres. It’s their appreciation that has catapulted us to this position. We should not forget them.”

He further added that the film gets respect only when it releases to the theatres. “Cinema is our god. God can be everywhere. But, it gets respect only when it makes it to the theatres. That’s where the filmmakers and their creativity get utmost recognition. I am someone who understands the problems producers face. I would ask you to reconsider your decision. Your name and fame will live as long as cinema lives,” director Hari said.

Directed by Sudha Kongara, Soorarai Pottru is releasing on October 30th and is based on real events and struggles of Air Deccan founder G. R. Gopinath. 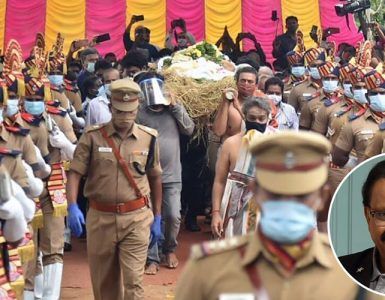